So much misinformation in Senate sex-work hearings 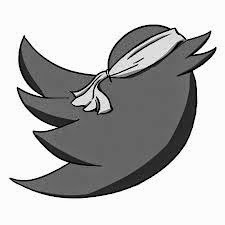 Having a Twitter feed during the Senate's meetings on sex work is both a blessing and a curse. I got so much minute-by-minute info yesterday on the opening day of the meetings that I practically felt I was there, but at the same time I spent the day fuming at all the inane, hurtful and poorly informed comments being made by some of the senators and that infuriating justice minister of ours, Peter MacKay.
Sex workers and sex-worker organizations that support decriminalization have a huge presence on Twitter. The feed coming out of Ottawa was frenzied from the moment I staggered out of bed yesterday morning, as that three-hour time difference meant that my 7 a.m. rising came a good hour into the meeting. And man, my fellow tweeters were incensed, mostly by MacKay and his continuing assertions that the "vast majority" of sex workers are victims in need of rescue, not workers in need of legal workplaces.
That statement alone set the tone for the fiction that mostly passes for decrim debate coming out of government these days. In truth, no one knows anything about the "vast majority" of Canadian sex workers, because research has been skimpy and almost exclusively focused on survival sex workers on the street. That group accounts for just 10 per cent of the total sex worker population, and even among that 10 per cent, the diversity of experience is far more varied than research with a few people could ever capture.
The Tories want to give the impression that they have consulted on this move to criminalize sex work even further. But isn't it strange that Peter MacKay toured Canada in his consultations and never spoke to even one sex worker who is currently working? He didn't stop in at Pivot Legal Society while passing through Vancouver, despite that organization's prominent role in the Supreme Court of Canada ruling last year that threw out three of Canada's main prostitution laws as unconstitutional. He didn't visit sex-worker organizations. Here's how Pivot summed up MacKay's time in Vancouver, in theory consulting with "the people" on C-36.

... Minister MacKay did not spend his time meeting with sex workers. He did not visit where sex workers live or see where they work or listen to their stories. Instead, he hosted private meetings with senior lawyers from major law firms and attended fancy breakfasts at private clubs.

The Vancouver group Sex Workers United Against Violence sent out invitations to every one of our 412 MPs to come and learn more about the realities of sex work in Canada directly from the people working in it in the Downtown Eastside. Only one MP took them up on it.
Anyway. We are worlds apart, those of us who feel strongly that decriminalization is the only way to assure more safety, equality and respect for sex workers, and those who think they can abolish the industry by criminalizing more of it. Do your own research into that position and what you'll learn is that there isn't a country in the world that has had success trying to abolish sex work.
I fear the fix is in, though. The Conservatives have carefully collected feedback that shores up their position, and victims of abuse to tell their admittedly tragic stories to the media as if they were representative of every sex worker experience ever. Never mind that Conservative statements about how further criminalization will protect sex workers fly in the face of the experiences of sex workers and the findings of international research around measures to reduce violence.
And yes, there will be another court challenge, but years and years will pass before the courts can rule yet again that our laws hurt far more people than they help. Peter MacKay, I hope you realize that the suffering of all the sex workers shut out of Canadian society and forced to work in even more unsafe conditions between now and then is firmly on your shoulders.
Jody Paterson at 8:38 AM
Share